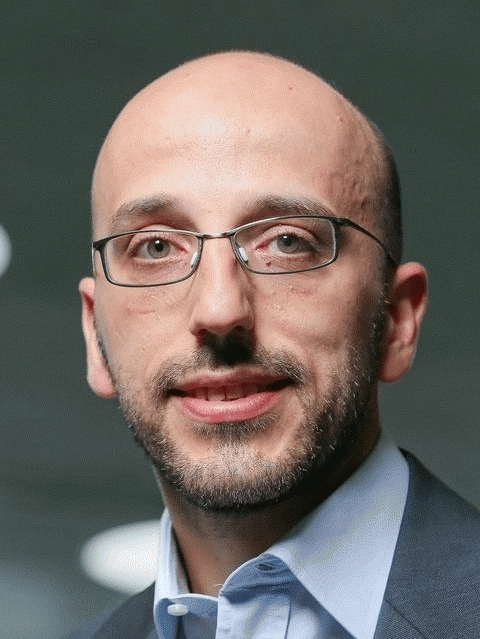 Paolo Ricci earned his masters degree in nuclear engineering at the Politecnico di Torino, Turin (Italy) in 2000. His doctoral studies were conducted at the Los Alamos National Laboratory, with focus on kinetic simulation of magnetic reconnection in the Earth's magnetotail. He spent two-and-a-half years as a postdoctoral researcher at Dartmouth College's Department of Physics and Astronomy, where he worked on gyrokinetic simulations of the Z pinch. He joined the EPFL's Swiss Plasma Center (SPC), as a EURATOM fellow in 2006, was named Tenure Track Assistant Professor in June 2010, and Associate Professor in August 2016. He is at the head of the SPC theory group. Paolo Ricci is the recipient of the 2016 Teaching Prize of the EPFL Section de Physique.

Here you can find the list of Ph.D. theses.

The lists of past Ph.D. theses , M.Sc. theses , and semester projects are available.

Introductory Physics I (advanced) covers the mechanics of point particles and solids, and an introduction to special relativity. The purpose of the course is to develop the ability to describe physics phenomena by using mathematical tools.

The course provides students with the tools to approach the study of nonlinear systems and chaotic dynamics. Emphasis is given to concrete examples and numerical applications are carried out during the exercise sessions.

To provide an overview of the fundamentals of magnetic confinement (MC) of plasmas for fusion.The different MC configurations are presented, with a description of their operating regimes.The basic elements of particle & energy transport, of plasma-wall in...
close