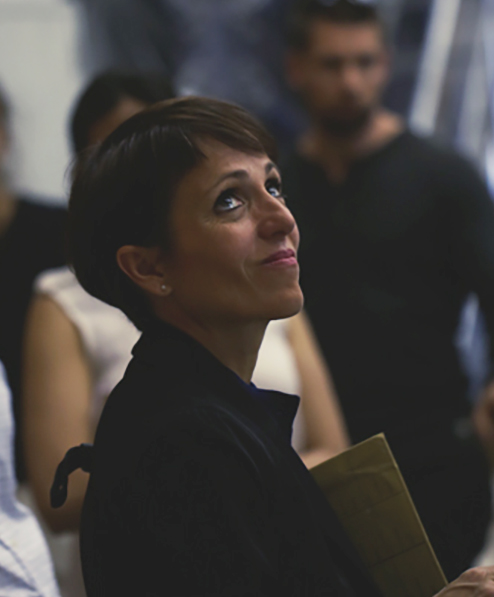 Patricia Guaita is an architect, teacher and researcher. She is an Invited Professor for the Ead PUCValparaiso, Chile. She is currently Head of teaching of the 1st year architecture program in the ALICE laboratory at the Swiss Federal School of Technology (EPFL).

She founded the Open City Research Platform, a 1:1 fabrication research project in collaboration with Dr. David Jolly Monge at the Ead PUCV Valparaíso (Chile). Beginning in the summer of 2014, and continuing each summer since, the research has pursued the design and fabrication of a research center for the school’s Open City, an experimental community of architects and designers located on the Pacific coast.

In parallel, with Sony Devabhaktuni and Dr. CorneliaTapparelli, she is co-editor of Building Cultures Valparaiso (Routledge/EPFL Press), a collection of essays and archival drawings that looks at the relationship between teaching, practice and poetry at the Open City.

With Raffael Baur she is also leading a research on the reinforced concrete construction methods developed by João Filgueiras Lima (known as Lélé) for public facilities in Brazil in the1970s and 80s.The research seminar (Unité d'enseignement) is developped in collaboration with Dr. Miguel Fernandez Ruiz from the EPFL Structural Concrete Laboratory, and the Faculdade de Arquitectura da Universidade Federal da Bahia (FAUFBA).

She began teaching at the EPFL in 2004 as an assistant for Professor Stig Anderssonn and later collaborated in the studios of Luca Ortelli and Arduino Cantafora before joining ALICE in 2010.

Apart from her teaching activities, since 2009 Guaita works as an independent architect.
She is interested in small scale projects in Switzerland and collaborates with different partners. Prior to establishing her own practice, she collaborated with ateliers in Madrid and Geneva.

Between 1995-1999 Guaita worked on infrastructural reconstruction projects in Bosnia-Herzegovina, first as a collaborator with Architects Without Borders and later as a project manager and coordinator with Doctors of the World.

She studied in Madrid and Venice and received her architecture degree with a specialization in urbanism from the Escuela Técnica Superior de Arquitectura de Madrid (ETSAM).

This ENAC week provides students with the opportunity to apply theoretical structural principles in an applied context through the collaborative design of textile reinforced concrete shells that test structural and material limits. The ENAC week will take...

The UE Argamassa Armada will develop prototypes of structural elements in textile reinforced concrete (TRC) that allow the continuation of the TRC prototype pavilion started at EPFL Fribourg in 2019. The UE will take place in the Blue Factory in Fribourg.