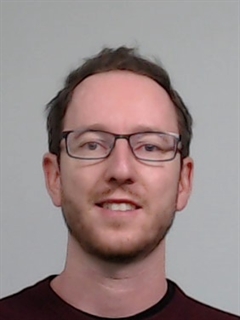 Patrick Mayor conducted his doctoral research on soft condensed matter physics at the Institute of Physics of Complex Matter at EPFL. His PhD thesis, entitled "Fluid and glassy phases of vibrated granular matter studied with a torsion oscillator", focused on the central concept of temperature in out-of-equilibrium systems, developing a method to probe these systems based on fundamental statistical mechanics theory. The experiment has become well known in the field and the research yielded several publications in major journals (including the cover page of Nature), a lot of Swiss and international media coverage, and won the EPFL doctorate award for the best thesis of year 2005 as well as the Charles Haenny prize.

As a post-doctoral fellow for 2 years at the University of Pennsylvania in Philadelphia, USA, Patrick Mayor worked on impact phenomena in granular materials, supported by an SNSF grant. In parallel to his research activities, Patrick Mayor has taken an active role in teaching, and collaborated on various mathematics and physics classes.

In 2009, Patrick Mayor became the scientific coordinator Nano-Tera.ch, one of the largest Swiss federal programs funding research in engineering sciences, supporting 188 projects with a total budget of ~260 MCHF. He was in charge of the coordination, technical writing, dissemination and communication until the program's conclusion in 2018.

He is now the program manager for the MARVEL NCCR. He is in charge of internal communication within the MARVEL community, and deals with education and knowledge transfer activities.