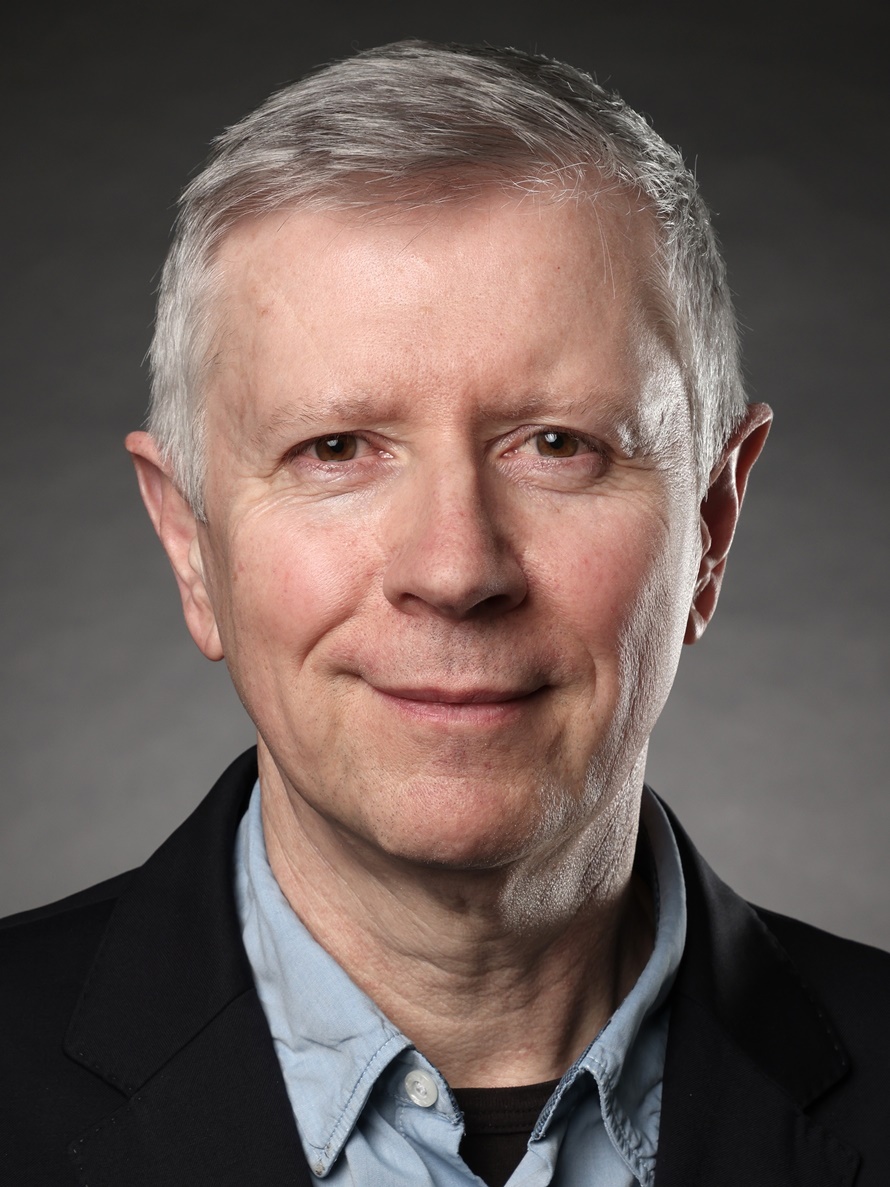 Chlorination of arenes via the degradation of toxic chlorophenols

Elucidating the transition between CO2 physisorption and chemisorption in 1,2,4-triazolate ionic liquids at a molecular level

Simultaneous mass spectrometry analysis of cisplatin with oligonucleotide-peptide mixtures: implications for the mechanism of action

Cycloaddition of Biogas-Contained CO2 into Epoxides via Ionic Polymer Catalysis: An Experimental and Process Simulation Study

Society and Chemistry They Are a-Changin'

Lignin First: Confirming the Role of the Metal Catalyst in Reductive Fractionation

The Role of Organic Promoters in the Electroreduction of Carbon Dioxide

Conservative management of retinoblastoma: Challenging orthodoxy without compromising the state of metastatic grace. "Alive, with good vision and no comorbidity" (vol 73, 100764, 2019)

Classification of Metal-Based Drugs according to Their Mechanisms of Action

Direct conversion of plastic materials into methane and liquid fuels

The rise of 3D cellular spheroids: efficient culture via upward growth from a superamphiphobic surface

Conservative management of retinoblastoma: Challenging orthodoxy without compromising the state of metastatic grace. "Alive, with good vision and no comorbidity"

Crosslinking Allosteric Sites on the Nucleosome

Discovery of a Highly Active Catalyst for Hydrogenolysis of C-O Bonds via Systematic, Multi-metallic Catalyst Screening

alpha-Diimine homologues of cisplatin: synthesis, speciation in DMSO/water and cytotoxicity

Are pi-pi Interactions in Ionic Liquids Related to Conductivities?

Understanding the interactions of diruthenium anticancer agents with amino acids

Extraction of carbon dioxide from gas

Synthesis of Methanol and Diols from CO2 via Cyclic Carbonates under Metal-Free, Ambient Pressure, and Solvent-Free Conditions

Single-step conversion of lignin monomers to phenol: Bridging the gap between lignin and high-value chemicals

Synthesis, characterization and cytotoxicity of arene-ruthenium(II) complexes with acylpyrazolones functionalized with aromatic groups in the acyl moiety

Ionic Liquids: From Synthesis to Applications in Solar Cells

Delineating the Mechanism of Ionic Liquids in the Synthesis of Quinazoline-2,4(1H,3H)-dione from 2-Aminobenzonitrile and CO2

Oxaliplatin reacts with DMSO only in the presence of water

Ionic polymers and use thereof in processing of biomass

Polyimidazolium Salts: Robust Catalysts for the Cycloaddition of Carbon Dioxide into Carbonates in Solvent-Free Conditions

Antiproliferative activity of ruthenium and osmium clusters with phosphine ligands

Anti-angiogenic properties of chlorambucil derivatives with fluorous and hydrocarbon appendages

Synthesis of cyclic carbonates from diols and CO2 catalyzed by carbenes

Solvent effects in catalysis: rational improvements of catalysts via manipulation of solvent interactions

Thiazolium carbene catalysts for the fixation of CO2 onto amines

Metal-based drugs that break the rules

Solvation of Palladium Clusters in an Ionic Liquid: A QM/MM Molecular Dynamics Study

Conversion of biomass into value-added chemicals

The development of RAPTA compounds for the treatment of tumors

Application of Ionic Liquids in the Downstream Processing of Lignocellulosic Biomass

A streamlined search technology for identification of synergistic drug combinations

Aqueous-phase hydrogenation of alkenes and arenes: The growing role of nano scale catalysts

Target profiling of an antimetastatic RAPTA agent by chemical proteomics: relevance to the mode of action

Improved Angiostatic Activity of Dasatinib by Modulation with Hydrophobic Chains

Synthesis of Triazenes with Nitrous Oxide

Characterization of the new ruthenium complexes for cancer treatment

A novel platinum nanocatalyst for the oxidation of 5-Hydroxymethylfurfural into 2,5-Furandicarboxylic acid under mild conditions

Strategy to Optimize the Biological Activity of Arene Ruthenium Metalla-Assemblies

Towards a new combination therapy for tuberculosis with next generation benzothiazinones

Opening the lid on piano-stool complexes: An account of ruthenium(II)-arene complexes with medicinal applications

Ruthenium(II) and osmium(II) 1,2,3-triazolylidene organometallics: a preliminary investigation into the biological activity of 'click' carbene complexes

Rational development of an electron-rich platinum nanocatalyst for the oxidation of 5-hydroxymethylfurfural into 2,5-furandicarboxilic acid under mild conditions

Synthesis, Characterization, and Reactivity of the First Osmium beta-Diketiminato Complexes and Application in Catalysis

Thermally responsive gold nanocatalysts based on a modified poly-vinylpyrrolidone

The making of iLiquids - the chemist's equivalent of the iPhone

Synthesis of novel anticancer drugs : towards a platinum-ruthenium bimetallic approach

Electrochemical Stability of Imidazolium Based Ionic Liquids Containing Cyano Groups in the Anion: A Cyclic Voltammetry, XPS and DFT Study

Application of a Versatile Nanoparticle Stabilizer in Phase Transfer and Catalysis

Exploring the Versatility of Cycloplatinated Thiosemicarbazones as Antitumor and Antiparasitic Agents

Challenges and Opportunities in the Development of Organometallic Anticancer Drugs

Introduction to the Organometallics in Biology and Medicine Issue

Insights into the Formation Mechanism of Rhodium Nanocubes

Enhancement of Cytotoxicity by Combining Pyrenyl-Dendrimers and Arene Ruthenium Metallacages

Advances in the Rational Design of Rhodium Nanoparticle Catalysts: Control via Manipulation of the Nanoparticle Core and Stabilizer

Tuning the Chemoselectivity of Rh Nanoparticle Catalysts by Site-Selective Poisoning with Phosphine Ligands: The Hydrogenation of Functionalized Aromatic Compounds

Conjugation of organoruthenium(II) 3-(1H-benzimidzol-2-yl)-pyrazolo[3,4-b]pyridines and indolo-[3,2-d]benzazepines to recombinant human serum albumin: a strategy to enhance cytotoxicity in cancer cells

Styrene oxidation by hydrogen peroxide in ionic liquids: the role of the solvent on the competition between two Pd-catalyzed processes, oxidation and dimerization

Efficient Synthesis of beta-Chlorovinylketones from Acetylene in Chloroaluminate Ionic Liquids

Metal-based antitumour drugs in the post-genomic era: what comes next?

Mass Spectrometric and Theoretical Study of Polyiodides: The Connection between Solid State, Solution, and Gas Phases

pH-Sensitive Gold Nanoparticle Catalysts for the Aerobic Oxidation of Alcohols

Design, Synthesis and Characterization of New Nanoparticle Stabilizers and Their Application in Catalysis

A Well-Defined Iron Catalyst for the Reduction of Bicarbonates and Carbon Dioxide to Formates, Alkyl Formates, and Formamides

Thermoresponsive polymers based on polyvinylpyrrolidone: applications in nanoparticle catalysis

Mannich products of kojic acid and N-heterocycles and their Ru(II)-arene complexes: Synthesis, characterization and stability

Synthesis and characterisation of the water soluble bis-phosphine complex [Ru(η6-cymene)(PPh2(o-C6H4O)-κ2-P,O)(pta)]+ and an investigation of its cytotoxic effects

Coordination chemistry on the surface of single-walled carbon nanotubes

Discovery, structure, and anticancer activity of an iridium complex of diselenobenzoquinone

"The Discovery, Use and Impact of Platinum Salts as Chemotherapy Agents for Cancer" WELLCOME WITNESSES TO TWENTIETH CENTURY MEDICINE, Volume 30

Reactivity of an antimetastatic organometallic ruthenium compound with metallothionein-2: relevance to the mechanism of action

A cytotoxic ruthenium tris(bipyridyl) complex that accumulates at plasma membranes

Hydrogen storage and delivery: immobilization of a highly active homogeneous catalyst for the decomposition of formic acid to hydrogen and carbon dioxide

Synthesis and characterization of ruthenium based complexes having potential anticancer activity

Influence of Structural Variation on the Anticancer Activity of RAPTA-Type Complexes: ptn versus pta

A Crystallographic Story of Snakes and Ladders: Encapsulated Water Polymers and Rigid Metal Complexes Based on Mono-N-substituted Carboxylate 4,4'-Bipyridine

Carbohydrate-metal complexes and their potential as anticancer agents

Stability of an organometallic ruthenium-ubiquitin adduct in the presence of glutathione: Relevance to antitumor activity

KP1019, a new redox-active anticancer agent - preclinical development and results of a clinical phase I study in tumor patients

Importance of the p-Ligand: Remarkable Effect of the Cyclopentadienyl Ring on the Cytotoxicity of Ruthenium PTA Compounds

Studies on the reactivity of organometallic Ru-, Rh- and Os-pta complexes with DNA model compounds

Reactivity and Catalytic Activity of a Robust Ruthenium(II)-Triphos Complex

Gold(III) compounds as anticancer agents: Relevance of gold-protein interactions for their mechanism of action

How to predict the physical properties of ionic liquids: a volume-based approach

Influence of the Interaction between Hydrogen Sulfide and Ionic Liquids on Solubility: Experimental and Theoretical Investigation

On the influence of "arm-on, arm-off" processes on alkene hydrogenation catalysed by a rhodium triphos complex

Investigation into the formation of heteronuclear clusters of formula [ Ru6C(CO)16Ag2X 2]2- (X = Cl, Br or I)

Facile, thermo-reversible cycloaddition of small molecules to a ruthenium(II) arene-diketiminate

Switching the Mechanism of Catalyst Activation by Ionic Liquids

In Vitro Evaluation of Rhodium and Osmium RAPTA Analogues: The Case for Organometallic Anticancer Drugs Not Based on Ruthenium

Why Are Ionic Liquids Liquid? A Simple Explanation Based on Lattice and Solvation Energies

1H, 19F-HOESY and PGSE diffusion studies on ionic liquids: The effect of co-solvent on structure

From dysfunction to bis-function: on the design and applications of functionalised ionic liquids

Influence of Hydrogen-Bonding Substituents on the Cytotoxicity of RAPTA Compounds

Ionic liquids based on imidazolium salts incorporating a nitrile functionality

Binding of Organometallic Ruthenium(II) and Osmium(II) Complexes to an Oligonucleotide: A Combined Mass Spectrometric and Theoretical Study

Synthesis and characterization of platinum(IV) anticancer drugs with functionalized aromatic carboxylate ligands: Influence of the ligands on drug efficacies and uptake

Revisiting the electronic structure of phosphazenes

NMR, PGSE diffusion, and X-ray diffraction studies of lithium and potassium salts derived from diphenylphosphino(o-cyanophenyl)aniline and their crown ether complexes

The chemistry of phosphinoamides and related compounds

Is the aromatic fragment of piano-stool ruthenium compounds an essential feature for anticancer activity? The development of new Ru-II-[9]aneS(3) analogues

A synthetic zwitterionic water channel: Characterization in the solid state by X-ray crystallography and NMR spectroscopy

Inhibition of catalytic activity in ionic liquids: Implications for catalyst design and the effect of cosolvents

A versatile ruthenium precursor for biphasic catalysis and its application in ionic liquid biphasic transfer hydrogenation: Conventional vs task-specific catalysts

On the catalytic activity of cluster anions in styrene hydrogenation: considerable enhancements in ionic liquids compared to molecular solvents

Synthesis and characterization of ionic liquids incorporating the nitrile functionality

On the reactivity of the iminodiphosphane C6H4(o-CN)N=PPh2-PPh2: Fragmentation versus isomerisation

On the products obtained from reaction of rac-diphenyl[2.2]para-cyclophanylphosphine with (cycloocta-1,5-diene)palladium(II)chloride

Synthesis and structural elucidation of a "free" phosphinoamide anion

Understanding structure does not always explain reactivity: A phosphinoamide anion reacts as an iminophosphide anion

Reaction of Ru-3(CO)(12) with supermesityldiphosphene: a new type of reaction of a Group 8 transition metal carbonyl with a diphosphene

Synthesis of organometallics and catalytic hydrogenations in ionic liquids

Determination of drug binding sites to proteins by electrospray ionisation mass spectrometry: the interaction of cisplatin with transferrin

Electrospray mass spectrometry of [Ru 4 (η 6 -C 6 H 6 ) 4 (OH) 4 ] 4 + : first direct evidence for the persistence of the cubane unit in solution and its role as a precatalyst in the hydrogenation of benzene

The influence of transannular interactions on the redox properties of the tricarbonylchromium complexes of ortho-, meta- and para-[2.2]cyclophane

The First Structural Characterization of a [2.2]PHANEPHOS−Transition-Metal Complex:  Structure of rac-[Pd(4,12-bis(diphenylphosphino)[2.2]paracyclophane)Cl2]

A remarkable example of co-crystallisation: the crystal structure of the mononuclear and dinuclear diphenyl[2.2]paracyclophanylphosphine palladium(II) chloride complexes trans-[Pd{PPh2(C16H15)}2Cl2]·[Pd{PPh2(C16H15)}Cl2]2·0.6CH2Cl2

The reactivity of [2.2.2]paracyclophane towards Cr(CO)6: experimental and theoretical considerations

Synthesis and Characterization of Alkyne Derivatives of Ru6C(CO)17

Laser-desorption mass spectrometry of [Ru6C(CO)17] and its derivatives: cluster aggregation in the gas phase

The activation of C-H bonds via Ru-Ru bond fission

The preparation, characterisation and low temperature X-ray structure of Ru6(η2-μ4-CO)2(CO)13(η6-C6Me6)

Products from the trimethylamine N-oxide activation reaction of Ru4(CO)12(? 4-C6H8) with cyclohexa-1,3-diene

Comparison of the reactivity of [2.2]paracyclophane and p-xylene

Synthesis and crystallographic characterisation of [Ru7C(CO)16(C9H8)] and [Ru7C(CO)16(C12H12)]: facial ? bonding and ? bonding from the same ring system