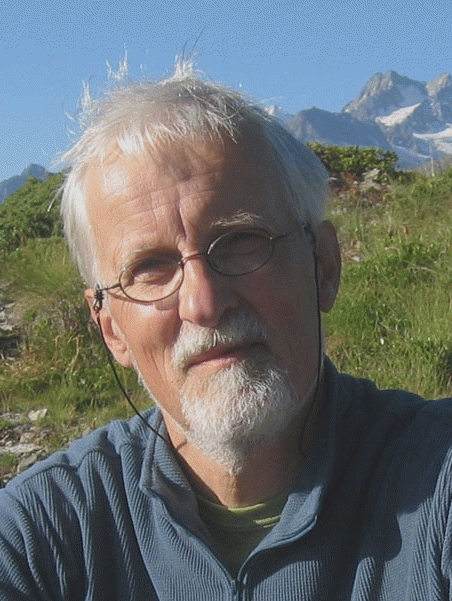 The Fluid Mechanics Laboratory (LMF) is a research and teaching laboratory within the Institute of Energy Science (ISE) of the Faculty of Engineering Science (STI) at the Swiss Federal Institute of Technology - Lausanne (EPFL). The LMF is involved in a wide range of basic as well as applied, experimental and theoretical research in fluid mechanics. The activities are focussed on the physical understanding, modeling and manipulation of complex (reacting, unsteady, turbulent) flows and their instabilities.

After graduating in physics from the Swiss Federal Institute of Technology in Zurich, he received his Ph.D. from the same institution in 1977 with a thesis on internal acoustics. From 1977-80 he was a research associate in the Aerospace Department of the Univ. of Southern California in Los Angeles, where he worked experimentally and theoretically on jet noise and hydrodynamic instabilities. In 1980 he joined the faculty of the School of Engineering at UCLA where he made research contributions in several areas. In the field of hydrodynamic instability he had a hand in the popularization of the concept of absolute instability in fluid mechanics, the development of the concept as well as of the asymptotic analytical description of global modes in nonparallel flows, and in the modelling of vortex shedding from bluff bodies. Other areas of research include internal acoustics, jet mixing, in particular in low-density jets in which he co-discovered enhanced mixing by "side-jets," flow control, transition to turbulence, turbulence and, most recently, flame instabilities. In 1988 he was awarded the Humboldt prize and spent the academic year 1989/90 as Humboldt awardee at the Technical University in Berlin. In 1992 he was elected Fellow of the American Physical Society. Since 1993 he holds the chair for experimental fluid mechanics and heads the Laboratory of Fluid Mechanics (LMF) of the Swiss Federal Institute of Technology in Lausanne (EPFL), Switzerland. He has been Chairman of its Mechanical Engineering Department from July 1997 to December 2000, co-organizer of the 1999  Research programme on turbulence  at the Isaac Newton Institute in Cambridge, UK, Associate Editor of the  Journal of Fluid Mechanics  from 1995 to 2000 and a member of the EUROMECH Council. He is currently an Associate Editor of  Physics of Fluids , a member of the IUTAM general assembly, a member of the schoolwide EPFL Academic Promotions Committee and part-time "program monitor" for the Swiss National Science Foundation (member of its Research Council).