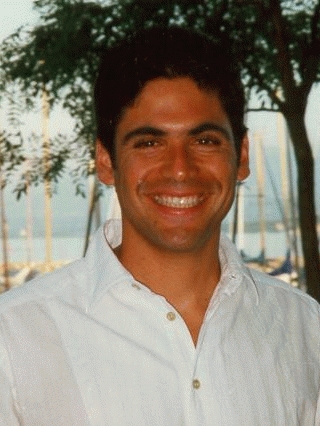 Rachid Guerraoui has been affiliated with Ecole des Mines of Paris, the Commissariat à l'Energie Atomique of Saclay, Hewlett Packard Laboratories and the Massachusetts Institute of Technology. He has worked in a variety of aspects of distributed computing, including distributed algorithms and distributed programming languages. He is most well known for his work on (e-)Transactions, epidemic information dissemination and indulgent algorithms.

He co-authored a book on Transactional Systems (Hermes) and a book on reliable distributed programming (Springer). He was appointed program chair of ECOOP 1999, ACM Middleware 2001, IEEE SRDS 2002, DISC 2004 and ACM PODC 2010.

His publications are available at http://lpdwww.epfl.ch/rachid/papers/generalPublis.html

His recent research has been sponsored by the European Commission, the Swiss National Science Foundation, LODH, MSR and HP.

The consensus number of a cryptocurrency (extended version)

The Cost of Scaling a Reliable Interconnection Topology

The Impossibility of Fast Transactions

Who Started This Rumor? Quantifying the Natural Differential Privacy of Gossip Protocols

Exploring The Borderlands Of The Gathering Problem

Bulletin of The European Association for Theoretical Computer Science. 2019-10-01.

Lock-Unlock: Is That All? A Pragmatic Analysis of Locking in Software Systems

The Consensus Number of a Cryptocurrency

The Impact of RDMA on Agreement

The PCL Theorem: Transactions cannot be Parallel, Consistent, and Live

Collaborative Filtering Under a Sybil Attack: Similarity Metrics do Matter!

On the Unfairness of Blockchain

Deep Learning Works in Practice. But Does it Work in Theory?

The Hidden Vulnerability of Distributed Learning in Byzantium

The Inherent Cost of Remembering Consistently

Why You Can't Beat Blockchains: Consistency and High Availability in Distributed Systems

On The Robustness of a Neural Network

The Disclosure Power of Shared Objects

How Fast can a Distributed Transaction Commit?

WHO'S ON BOARD? Probabilistic Membership for Real-Time Distributed Control Systems

Frugal Topology Construction for Stream Aggregation in the Cloud

Concurrent Search Data Structures Can Be Blocking and Practically Wait-Free

The Next 700 BFT Protocols

A paradox of eventual linearizability in shared memory

With the advent of multiprocessors, it becomes crucial to master the underlying algorithmics of concurrency. The objective of this course is to study the foundations of concurrent algorithms and in particular the techniques that enable the construction of robust such algorithms.
close