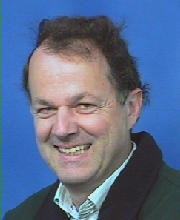 Roland Longchamp is Professor of Automatic Control and Director of the Automatic Control Laboratory at the Swiss Federal Institute of Technology in Lausanne (EPFL). He received his Diploma in Electrical Engineering and his Ph.D. degree both from EPFL. He was appointed as Postdoctoral Fellow, first at the Information Systems Laboratory, Stanford University, and then at the Decision and Control Laboratory, University of Illinois at Urbana-Champaign, working in the areas of nonlinear systems, estimation theory and predictive control. He was with the Asea Brown Boveri Company in Turgi, Switzerland, involved in the field of on-line control of large power systems. He joined EPFL in 1983, where his current research interests include control of linear systems, adaptive control, robust control, with applications to mechatronic systems. He served as Head of the Mechanical Engineering Department in 1991-1993 and as Director of the Automatic Control Laboratory for the periods 1986-1993 and 1997-2003. He is Editor of the EPFL Press Mechanical Engineering Series since 1996.

Model-Free Precompensator Tuning Based on the Correlation Approach

Model-Free Precompensator Tuning Based on the Correlation Approach