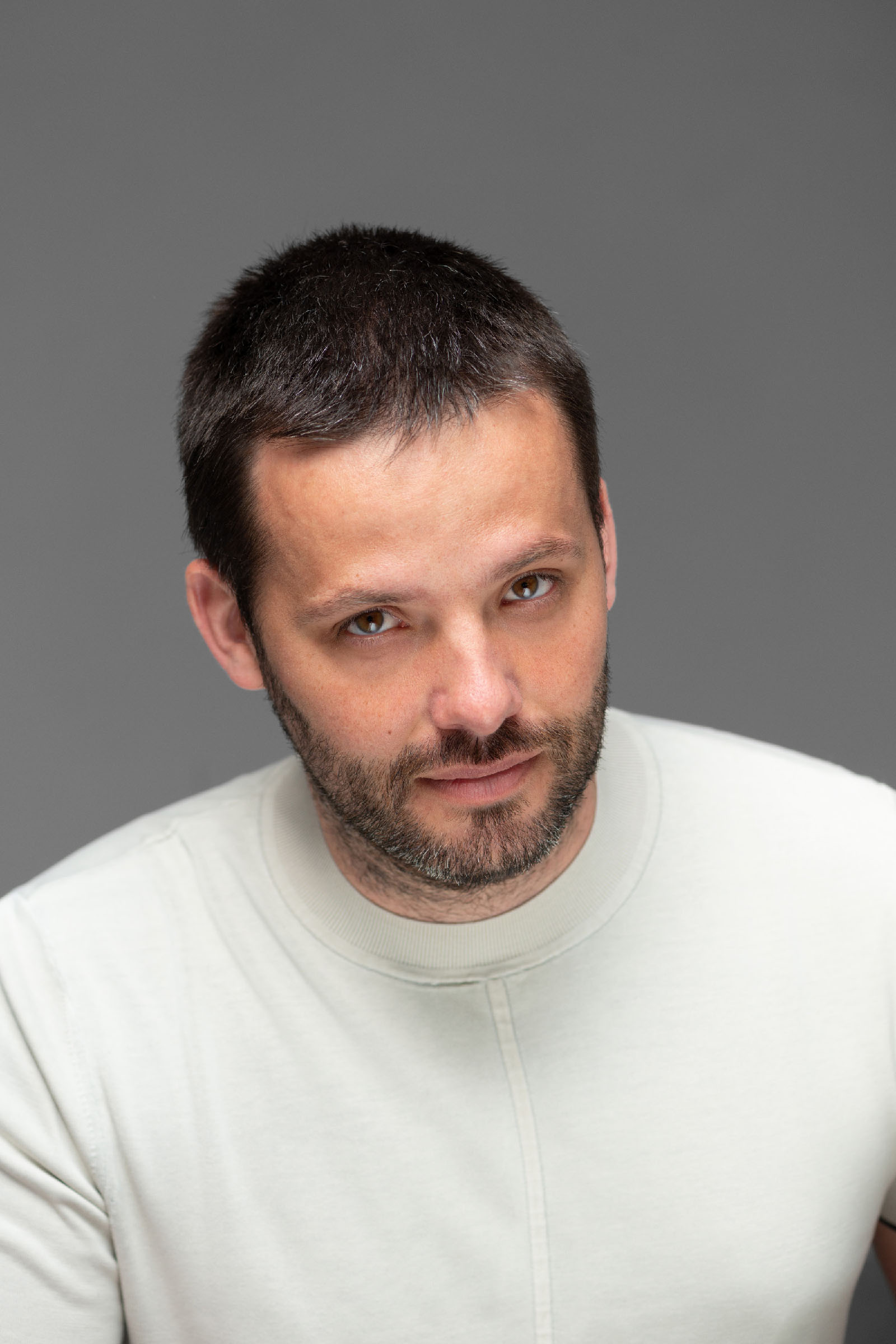 Romain is an Art Director living in Fribourg, Switzerland. In 2013, he received a BA in visual communication from ECAL & in 2017, earned a MAS in design research for digital innovation from the EPFL ECAL Lab.

He believes that design should be intuitive & revolve around the user. To strengthen this, he learned inclusive design methodologies at the RCA & honed his skills in icon design at the University of Bournemouth. For the latter, he manipulated icons’ aesthetics to evaluate their effect on perceived usability. Many of his projects deal with notions of big data, data visualization & search algorithms. These play a large role in his research work, where he explores navigation principles & aggregation of content in mass information environments. Currently, he is working on a major social network system for elderly people, as well as a digital exhibition whose narrative navigation as well as interactions with literary artifacts create a unique relationship with visitors.

Romain is methodical, logical, detail-oriented & a bit of a perfectionist. For his BA thesis, he explored the omnipresence of the grid in daily visual landscapes. After that, he worked as a graphic designer at ECAL for its communication as well as a freelancer for other organisations. He also co-founded a workshop that specializes in graphic design for unique mediums as well as a design collective for conceptual ideas. Today, he works at EPFL ECAL Lab – the EPFL design research center – where he confronts his point of view with engineers & psychologists.

Contrary to preconceived ideas, the vast majority of older people have the necessary skills to use digital tools. Although they do not like to rely solely on digital solutions, they are willing to use digital tools to enhance their lives – but have specific needs with regard to the design of such tools. This study examined the effects of the application of specific design-heuristics in the development of a social media platform on several outcome-variables in UX tests. The resulting digital tool — Resoli — helps users create and publicize new events and share memories from past ones. The tool Resoli was compared to Facebook by 26 seniors (55-85 yrs.) who conducted similar tasks on both platforms. The goal was to determine the usefulness of the developed UX design-heuristics and their influence on typical measures of UX such as perceived usability, emotional state, aesthetic, and performance measures. The results showed that participants rated Resoli significantly more positive than Facebook on all UX-indicators and showed better performance. This indicates that the use of our UX design-heuristics is meaningful and useful for this group of users.

Designing for visual appeal, simplicity and concreteness: the development and evaluation of design standards to manipulate icon characteristics

Good icon design is now recognized as crucial in determining user experience with mobile, PC and other applications. However, research examining icon use and processing is based on the use of existing icon sets. This leaves many questions about how new icons can be created with specific characteristics. Based on extensive design research, specific design principles were established. In an experimentally controlled study, a set of 64 icons was then developed by designers applying these design principles to create 8 versions for 8 new icon-functions, differing with regard to visual appeal (appealing vs. unappealing), simplicity (complex vs. simple) and concreteness (concrete vs. abstract icons). Once created, participants (N = 276) were asked to rate visual appeal, simplicity and concreteness of 8 icons (from the 64 versions created) in order to ascertain the extent to which the design principles were effective in creating icon sets with different characteristics. Results demonstrated that an independent manipulation of each design dimension was successful, indicating that the suggested design principles provide valuable hints for the design of icons. These findings will be used to illustrate how experimental design can shed light on building guidelines for creating effective interaction designs.