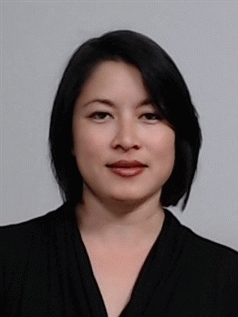 Sylvie has background experience in teaching at university and working in multi-disciplinary firms in urban design, architecture, landscape and planning. In 2014, she joined Hong Kong University in Hong Kong as an assistant lecturer in the Master of Urban Design, to teach urban design theory, best practices and local/interntional design studios. Last year, she started her PhD at EPFL as part of the Lab-U at Habitat Research Center. Under the direction of Prof. Paola Vigano, her research regards river and watercourse transformations of peri-urban territories in the Mekong Delta in Vietnam. She started her career as an architectural designer for luxury homes in Los Angeles after obtaining her professional Bachelor of Architecture at Woodbury, and became an urban designer in practice after graduating from the Graduate School of Design at Harvard University.

As part of the COST Action plans, which closely links to her thesis research in the Mekong river Delta, her mission is to build a collaborative exchange between key universities and expertise across eastern and western countries, particularly pertaining to transversal connections across the Rhine river and the Mekong river. Although rivers have set the backbone of civilization, new narratives highlighting the hidden vulnerability of the rivers in contemporary areas is proposed. From the infrastructural alterations which have devastated the rivers’ fertile ecosystem to the watercourses branching into watershed basins which were re-organized by social, political and economic forces; hidden river micro-stories are proposed to open the narrative on currently overlooked river water issues.

Hidden Rivers aims at fulfilling the need for an interdisciplinary understanding of the problematics surrounding urban streams, through ecological, hydrological, and spatial relationships found in riverscapes.
close