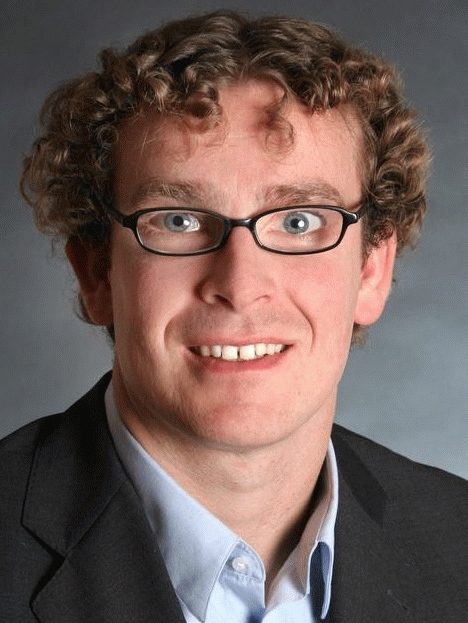 Tobias Schneider is an assistant professor in the School of Engineering at EPFL, the Swiss Federal Institute of Technology Lausanne. He received his doctoral degree in theoretical physics in 2007 from the University of Marburg in Germany working on the transition to turbulence in pipe flow. He then joined Harvard University as a postdoctoral fellow. In 2012 Tobias Schneider returned to Europe to establish an independent Max-Planck research group at the Max-Planck Institute for Dynamics and Self-Organization in Goettingen. Since 2014, he is working at EPFL, where he teaches fluid mechanics and heads the 'Emergent Complexity in Physical Systems' laboratory.
Tobias Schneider's research is focused on nonlinear mechanics with specific emphasis on spatial turbulent-laminar patterns in fluid flows transitioning to turbulence. His lab combines dynamical systems and pattern-formation theory with large-scale computer simulations. Together with his team, Schneider develops computational tools and continuation methods for studying the bifurcation structure of nonlinear differential equations such as those describing the flow of a fluid. These tools are published as open-source software at channelflow.ch.

This course provides an introduction to the physical phenomenon of turbulence, its probabilistic description and modeling approaches including RANS and LES. Students are equipped with the basic knowledge to tackle complex flow problems in science and engineering practice.
close