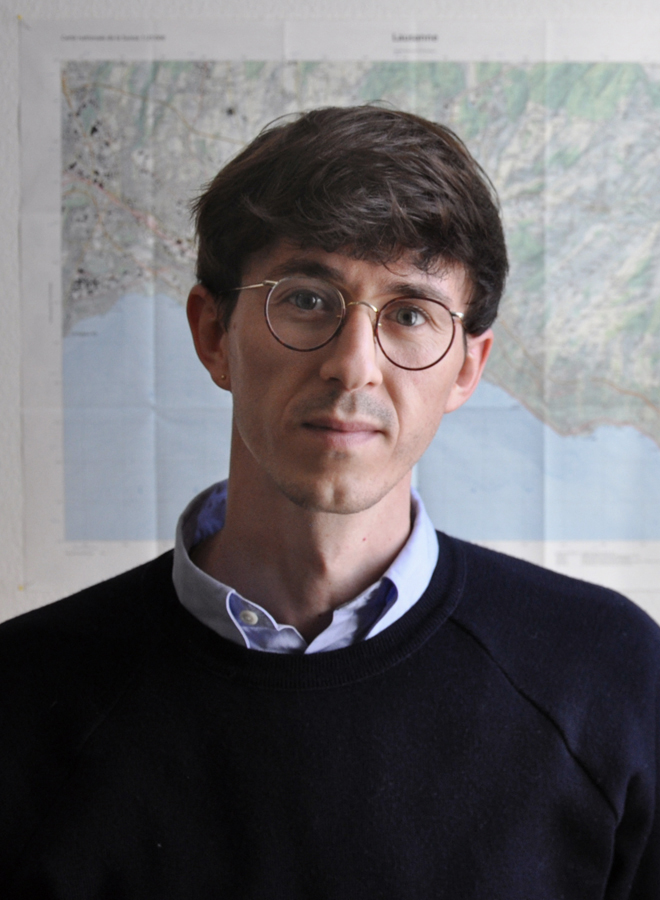 Valentin Bourdon is an architect, postdoctoral researcher and teaching assistant. He obtained the french architectural diploma in 2013 from the École d’Architecture de la Ville et des Territoires Paris-Est at Marne-la-Vallée under the direction of Jacques Lucan, and completed his PhD at EPFL in 2020, under the supervision of Luca Ortelli. Since September 2021, he coordinates the Habitat Research Center at EPFL. Involved in the studies of the Laboratory of Construction and Conservation between 2017 and 2021, he also contributes in the supervision of its Housing Studio - Project Theory and Criticism for architecture bachelor. During his doctoral research, he benefited of an academic stay at Metrolab Brussels in 2019 with the support of the SNSF, and published multiple scientific and non-academic publications.

His arrival in Switzerland and return to the academic world take place after a thorough professional experience in the parisian office MGAU Michel Guthmann Architecture Urbanisme. From 2010 to 2016, he participed to the majority of its developed projects and supervised several of them, both collective dwellings projects and urban projects.

His research areas are related to the understanding of recent evolutions in housing architecture, major urban trajectories and project tools.

His doctoral research consisted of the study of architectural principles related to the theme of housing, which the current relevance of the notion of "common" invites to reassess. It brings together in the same perspective the understanding of the epistemological questions posed by the common, as well as the contemporary relationship between city and housing. Such a research project contributed to compensate for the delay taken by the architectural discipline in relation to other human sciences, in the enunciation of theoretical appropriations of the common. The publication of his thesis is planned for the end of 2021, with the support of the SNSF.

The Neighbourhood Unit. The relevance of an architectural tool

The Terms of Habitation: Retheorizing the Architecture of Housing, Jerusalem, Israel(online conference), November 9-12, 2020.

The Neigborhood Unit: Relevance of an architectural tool

Does the Homogeneous City Belong to the Past?

Introducing the architectural values of the Common

Introducing the architectural values of the Common

The Tragedy of the Megastructure