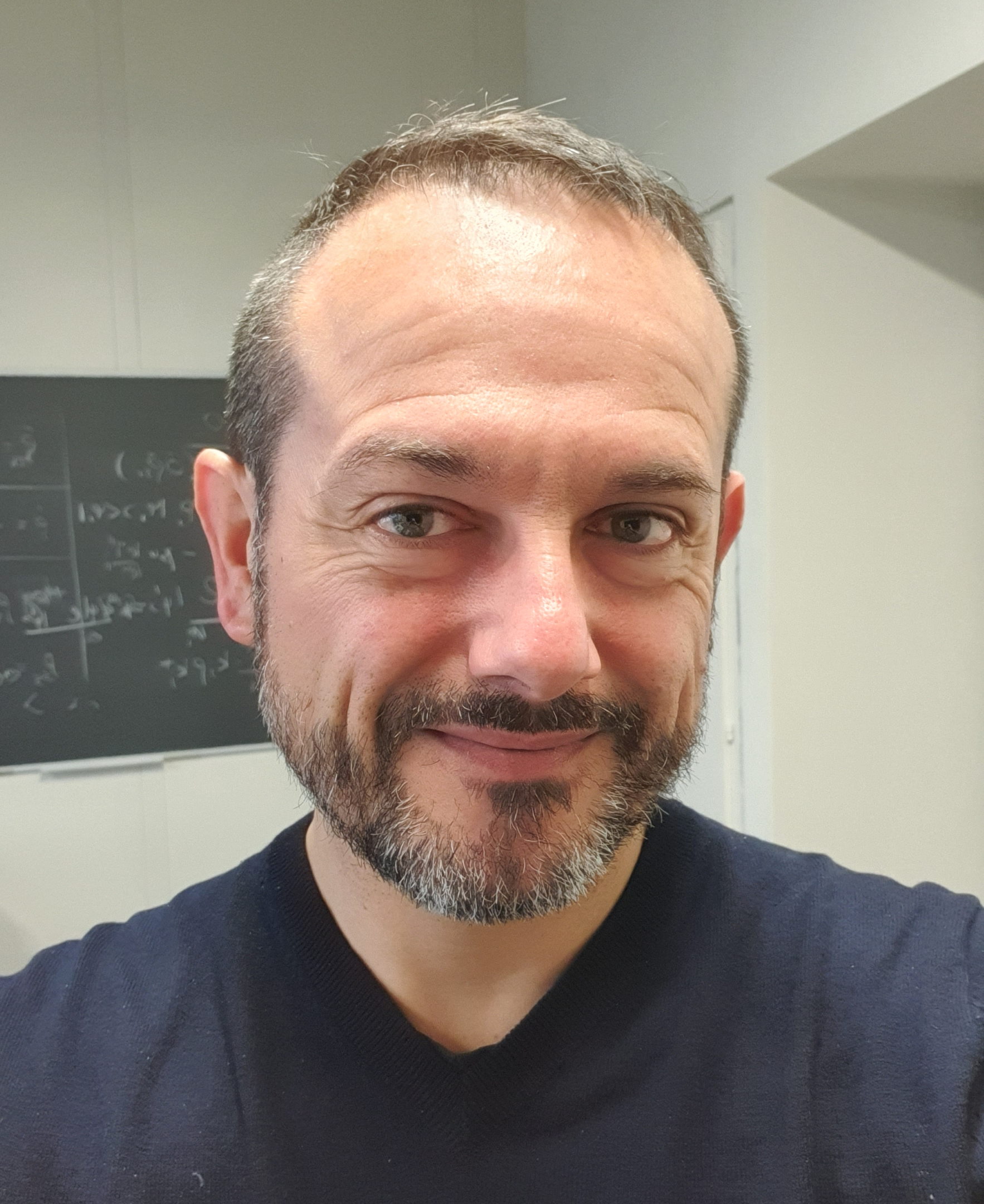 See my full publication record at Publons or Google Scholar.

Vincenzo Savona studied physics in Pisa at the Scuola Normale Superiore and the University of Pisa, prior to completing his PhD at the EPFL's Institute of Theoretical Physics. Subsequently he did post-doctoral work, first at the EPFL and then in the physics department of the Humboldt University of Berlin. In 2002, he returned to the EPFL to create his own research group, receiving a "professeur boursier" fellowship from the Swiss National Science Foundation. In 2006, he was appointed tenure-track assistant professor at the EPFL and joined the NCCR for Quantum Photonics. In 2010 he was appointed associate professor. Currently he directs the Laboratory of Theoretical Physics of Nanosystems.

This course is an introduction to quantum mechanics. Starting from its historical development, the course covers the notions of quantum complementarity and uncertainty, the measurement process, the Schrödinger equation, and elements of atomic and molecular physics.

After introducing the foundations of classical and quantum information theory, and quantum measurement, the course will address the theory and practice of digital quantum computing, covering fundamental and advanced topics such as recent quantum algorithms and the theory of quantum error correction.

This course provides an in-depth treatment of the latest experimental and theoretical topics in quantum sciences and technologies, with a focus on quantum sensing, quantum optics, cold atoms, and the theory of quantum measurements and open dissipative quantum systems.