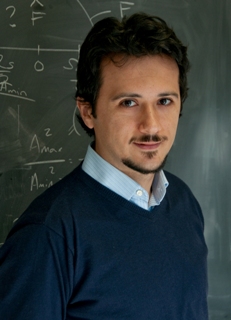 Volkan Cevher received the B.Sc. (valedictorian) in electrical engineering from Bilkent University in Ankara, Turkey, in 1999 and the Ph.D. in electrical and computer engineering from the Georgia Institute of Technology in Atlanta, GA in 2005. He was a Research Scientist with the University of Maryland, College Park from 2006-2007 and also with Rice University in Houston, TX, from 2008-2009. Currently, he is an Associate Professor at the Swiss Federal Institute of Technology Lausanne and a Faculty Fellow in the Electrical and Computer Engineering Department at Rice University. His research interests include machine learning, signal processing theory,  optimization theory and methods, and information theory. Dr. Cevher is an ELLIS fellow and was the recipient of the Google Faculty Research award in 2018, the IEEE Signal Processing Society Best Paper Award in 2016, a Best Paper Award at CAMSAP in 2015, a Best Paper Award at SPARS in 2009, and an ERC CG in 2016 as well as an ERC StG in 2011.

Generalization Properties of NAS under Activation and Skip Connection Search

Robustness in deep learning: The good (width), the bad (depth), and the ugly (initialization)

On the Double Descent of Random Features Models Trained with SGD

Identifiability and Generalizability from Multiple Experts in Inverse Reinforcement Learning

On The Convergence Of Stochastic Primal-Dual Hybrid Gradient

Learning to sample in Cartesian MRI

A Plug-and-Play Deep Image Prior

A first-order primal-dual method with adaptivity to local smoothness

Adaptation in Stochastic Algorithms: From Nonsmooth Optimization to Min-Max Problems and Beyond

Resource Trade-Offs in Circuits and Systems: from Neurotechnology to Communications

An Introductory Guide to Fano's Inequality with Applications in Statistical Estimation

Machine Learning From Distributed, Streaming Data [From the Guest Editors]

Optimization for Reinforcement Learning: From a single agent to cooperative agents

Efficient Proximal Mapping of the 1-path-norm of Shallow Networks

Chemical machine learning with kernels: The impact of loss functions

On the convergence of stochastic primal-dual hybrid gradient

Streaming Low-Rank Matrix Approximation With An Application To Scientific Simulation

Fast and Provable ADMM for Learning with Generative Priors

Convergence of the Exponentiated Gradient Method with Armijo Line Search

Mathematics of data: from theory to computation

Theory and Methods for Reinforcement Learning

This course describes theory and methods for decision making under uncertainty under partial feedback.

This course provides an overview of recent developments in online learning, game theory, and variational inequalities and their point of intersection with a focus on algorithmic development. The primary approach is to lay out the different problem classes and their associated optimal rates.