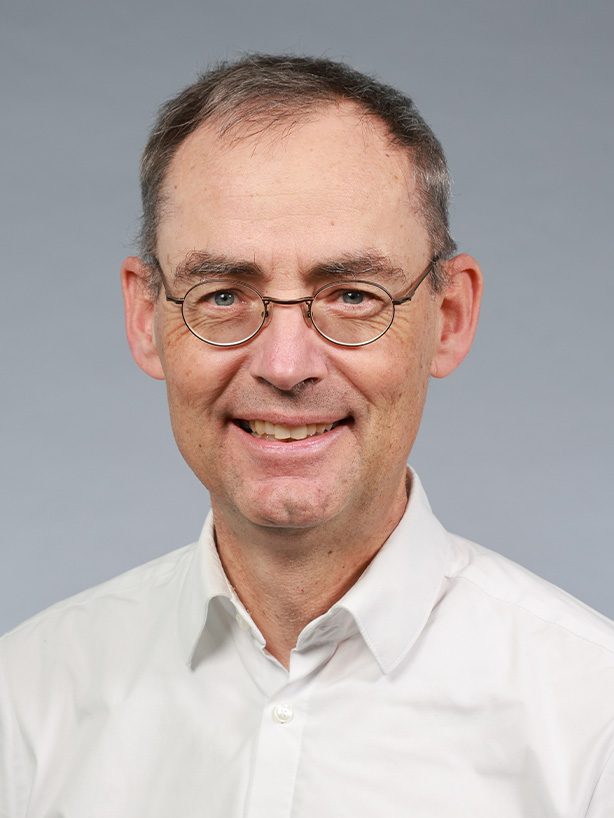 Wulfram Gerstner is Director of the Laboratory of Computational Neuroscience LCN at the EPFL. His research in computational neuroscience concentrates on models of spiking neurons and spike-timing dependent plasticity, on the problem of neuronal coding in single neurons and populations, as well as on the link between biologically plausible learning rules and behavioral manifestations of learning.
He teaches courses for Physicists, Computer Scientists, Mathematicians, and Life Scientists at the EPFL.

After studies of Physics in Tübingen and at the Ludwig-Maximilians-University Munich (Master 1989), Wulfram Gerstner spent a year as a visiting researcher in Berkeley. He received his PhD in theoretical physics from the Technical University Munich in 1993 with a thesis on associative memory and dynamics in networks of spiking neurons. After short postdoctoral stays at Brandeis University and the Technical University of Munich, he joined the EPFL in 1996 as assistant professor. Promoted to Associate Professor with tenure in February 2001, he is since August 2006 a full professor with double appointment in the School of Computer and Communication Sciences and the School of Life Sciences. Wulfram Gerstner has been invited speaker at numerous international conferences and workshops. He has served on the editorial board of the Journal of Neuroscience, `Network: Computation in Neural Systems', `Journal of Computational Neuroscience', and `Science'.

In this course we study mathematical models of neurons and neuronal networks in the context of biology and establish links to models of cognition. The focus is on brain dynamics approximated by determinstic or stochatic differnetial equations.

Since 2010 approaches in deep learning have revolutionized fields as diverse as computer vision, machine learning, or artificial intelligence. This course gives a systematic introduction into the main models of deep artificial neural networks: Supervised Learning and Reinforcement Learning.
close