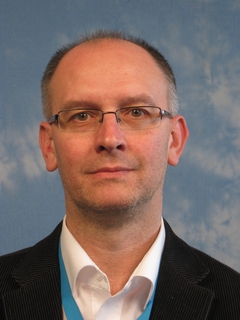 The Nanoelectronic Devices group (NANOLAB) is working on various subjects in the field of silicon micro/nano-electronics with special emphasis on the technology, design and modelling of nanoscale solid-state devices (including Silicon-On-Insulator devices, few-electron devices, hybrid SET/CMOS, single electron memory, nanowires and nanotubes), Radio Frequency MEMS devices for in- and above-IC and integrated optoelectronic devices.
The group is interested in exploring new materials, novel fabrication techniques, and novel device concepts for future nanoelectronic systems.

Adrian M. Ionescu is Full Professor at the Swiss Federal Institute of Technology, Lausanne, Switzerland. He received the B.S./M.S. and Ph.D. degrees from the Polytechnic Institute of Bucharest, Romania and the National Polytechnic Institute of Grenoble, France, in 1989 and 1997, respectively. He has held staff and/or visiting positions at LETI-CEA, Grenoble, France and INP Grenoble, France and Stanford University, USA, in 1998 and 1999.
Dr. Ionescu has published more than 400 articles in international journals and conferences. He received many Best Paper Awards in international conferences, the Annual Award of the Technical Section of the Romanian Academy of Sciences in 1994 and the Blondel Medal in 2009 for remarkable contributions to the progress in engineering sciences in the domain of electronics. He is the 2013 recipient of the IBM Faculty Award in Engineering. He served the IEDM and VLSI conference technical committees and was the Technical Program Committee (Co)Chair of ESSDERC in 2006 and 2013.
He is director of the Laboratory of Micro/Nanoelectronic Devices (NANOLAB). He is appointed as national representative of Switzerland for the European Nanoelectronics Initiative Advisory Council (ENIAC) and member of the Scientific Committee of CATRENE. Dr. Ionescu is the European Chapter Chair of the ITRS Emerging Research Devices Working Group.

This lecture overviews and discusses the last trends in the technology and principles of nanoelectronic devices for more aggressive scaling, better performances, added functionalities and lower energy per function. The opportunities of these advances comp...

Students will learn about understanding the fundamentals and applications of emerging nanoscale devices, materials and concepts. Remark: at least 5 students should be enrolled for the course to be given

Nanoscale MOSFETs and beyond CMOS devices

Wearables and implantables for personalized and preventive healthcare

This multidisciplinary course presents, from both engineering and medical perspectives, the state-of-the-art, applications and impact of wearable and implantable technologies, with focus on cardiovascular healthcare shift from intervention-based to person...
close