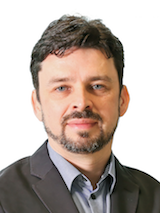 Laboratory of Neural Genetics and Disease

Our laboratory investigates the development and disorders of synapses - the specialized connections that allow communication between neurons and circuits - groups of neurons that function together.

Synapses are not static structures - but dynamically alter in number, function, shape and complexity during development and throughout adult life. The most remarkable capabilities of the brain such as learning and memory storage are thought to be possible through this plastic ability of synapses to change and respond to experience. Many synapses have exquisitely specialized roles - for example neuromuscular junction synapses between motor neurons and muscles are adapted to amplify small neuronal impulses into large muscle contractions. Synapses allow communication between groups of interconnected neurons which form circuits. Circuits are critical for animal behavior. For example, motor circuits process input from sensory neurons and the brain before sending output to motor neurons. A molecular understanding of how synapses and circuits develop, specialize and modify is a key step to illuminating the workings of the human brain. It is thought that many human neurological diseases like autism and schizophrenia as well as neuropathies such as amyotrophic lateral sclerosis (ALS), spinal muscular atrophy (SMA) and Alzheimer’s disease are caused by or induce defects in synaptic or circuit function and connectivity.

The goal of our group is to identify molecular signaling pathways that regulate synapse and circuit development and growth, decipher how neuronal activity modulates these processes and determine how disease disrupts synapse and neural network function. To address these questions, we primarily study the synapses and circuitry of the fruit fly Drosophila melanogaster as a model system. Drosophila shares not only extensive genetic conservation to humans but also has many of the same morphological, physiological and behavioral complexities. Members of the lab combine their expertise in genetics, imaging,electrophysiology, molecular biology and biochemistry to collaborate on a number of projects arising from our isolation of mutants that disrupt synapse development and from our models of human neurological disease.