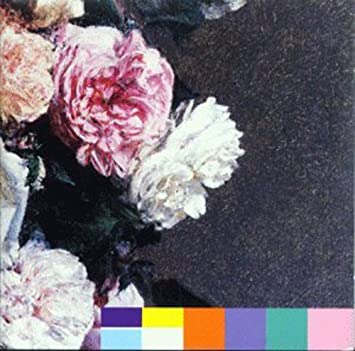 Criticism, History and Theory of Architecture (and Literature and the Visual Arts)
Philosophical and Cultural Views on Architecture and Urban Planning

Christophe Van Gerrewey (1982) is an architecture critic and theorist, writing about contemporary buildings, their recent histories and intellectual dimensions, and their connections to society, philosophy, art and literature. In particular, he is an expert on the work of OMA/Rem Koolhaas as well as on Belgian architecture. He is one of the editors of architecture journal OASE, and of art and culture journal De Witte Raaf. In his writings, architecture is considered as a source of comprehensive and integrated knowledge that pertains to diverse disciplines – a way of looking at, and of understanding, many aspects of the world we live in. This gives his activities an unusually broad and comprehensive aspect, transcending divisions of knowledge. Since 2015, he is Assistant Professor Tenure Track of architecture theory at EPFL Lausanne. He was trained as an architect-engineer at Ghent University and as a literary theorist at KU Leuven. In Dutch, his mother tongue, he has published three novels and a collection of essays between 2013 and 2017.

"Hope has returned": The glorious reception of OMA/Rem Koolhaas in the Dutch-speaking world

Amnesty for the city : the Hoogpoort design for the Carrefour de l'Europe in Brussels (1983)

The Frankfurt experience : an office city

How soon is now? Ten problems and paradoxes in the work of Dogma

Imagining the Dutch polder landscape. A design by OMA from 1986

sITA – studies in History and Theory of Architecture. 2016.

Living in Liberty after 1968: Charles Vandenhove versus Lucien Kroll

OASE 97. Action and Reaction in Architecture

‘Those Who Wait’. Siegfried Kracauer, architecture and the 21th-century precariat

Order, Disorder. Ten Choices and Contradictions in the Work of OFFICE

Abandon Your Pencils. The Use and Abuse of Architecture Theory for Life

The Villa dall’Ava: Reality without Restraint

On Discomfort: Moments in a Modern History of Architectural Culture; Routledge, 2016.

A History of Philosophy and Architecture: when and how they spoke about and with each other

Transparency and Obstacle in the Très Grande Bibliothèque

Features of the Human Scene. People's Expectations and Architecture

1989: The Year Architecture Broke? OMA and the Theory of the IJplein

Dream and Function. The Metropolis of Roland Barthes and OMA/Rem Koolhaas

The legacy of Geert Bekaert

History and Theory without Criticism?

Farewell to architecture: contrasts and common ground in Flanders and Wallonia

The Facts Have the Floor: Against Interpretation, Susan Sontag

(Architecture's) power and the (Arnhem) panopticon: from Foucault's description to Koolhaas' appropriation and reply

4th Biennial Conference of the International Society for the Philosophy of Architecture (ISPA) – “Building as Service”, 25-28 July 2018.

T.J. Clark, Heaven on Earth. Painting and the Life to Come

Choosing architecture : criticism, history and theory since the 19th century

Schools & Teachers. The Education of an Architect in Europe

Seven aims and claims of the architectural model

We know too much. Reading Pevsner Reading

‘The Making of an Avant-Garde. The Institute for Architecture and Urban Studies’, film screening and roundtable with Diana Agrest and Kim Förster

The Making of an Avant-Garde: The Institute for Architecture and Urban Studies 1967-1984, Lausanne, Switzerland, November 23, 2020.

Architecture / Philosophy: how, why, and what the questions seek in three case-studies from the late 20th century

The panopticon, an architectural-philosophical object

Inventory of Problems: The Genesis of the Rotterdam Kunsthal by OMA/Rem Koolhaas, 1987-1992

Obliged to be Honourable. The Transgressions of OMA/Rem Koolhaas

Transparency and Obstacle in Architecture. From Le Corbusier to Koolhaas

1 Some architectural writers of the 20th century

In 1972, Nikolaus Pevsner published the book 'Some architectural writers of the nineteenth century'. The current state of architectural theory, history and criticism asks for an update to his study: overspecialization in the architectural humanities has made combinations of historical research, critical judgments and theoretical speculation quite difficult. Nevertheless, only some decades ago many important 'architectural writers' were active in the architectural culture of the Western World. The aim of this monographic research is to define their intellectual projects, and to interpret their ideas on architecture before the fragmentation of its cultural and scientific field.

2 The fate of architectural singularity

In an essay from 1989, American writer John Updike asked himself if architecture can be criticized. 'Isnt one duty of architecture', he wrote, 'simply to be different  to give us a sense of change and renewal in our lives?' Updike as such unwittingly defined architecture as the production of 'singular objects', in for example the postmarxist vein of a philosopher like Jean Baudrillard, who declared, in a conversation with Jean Nouvel: 'A work of architecture is a singularity, and all these singularities can create holes, interstices and voids in the metastatic fullness of culture. Given the worldwide - mostly visual - 'success' of architecture, this critical tradition has without a doubt come into affliction, not in the least because its roots in old and often premoderns traditions has remained unexposed.

The year 1989 can be regarded as a turning point for contemporary Western architecture: after the fall of the Berlin Wall, its social power and pretensions were gradually replaced by a mere 'cultural' presence; instead of creating or defining urban environments, architects fell back on the construction of 'merveilles'. One architectural firm embodied this shift emblematically: the Office for Metropolitan Architecture of Rem Koolhaas. A micro-historical inquiry into the projects of OMA from 1989 - such as the Très Grand Bibliothèque, the Sea Trade Center, the completion of the IJ-plein social housing project, but also the Villa dall'Ava - can help to circumscribe this historical, theoretical and critical evolution.

These courses offer an overview of architectural theory and culture since 1789 in the western world. The aim is to interpret and criticize texts by which architecture is defined as a discipline synthesizing a variety of themes (social, artistic, political, existential and philosophical).

This course offers a method to discern and to understand the ideas, the theories and the cultural values embedded within buildings and architectural projects.