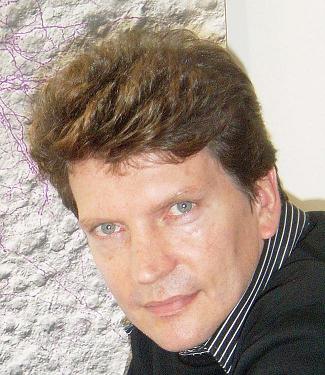 Henry Markram started a dual scientific and medical career at the University of Cape Town, in South Africa. His scientific work in the 80s revealed the polymodal receptive fields of pontomedullary reticular formation neurons in vivo and how acetylcholine re-organized these sensory maps. He moved to Israel in 1988 and obtained his PhD at the Weizmann Institute where he discovered a link between acetylcholine and memory mechanisms by being the first to show that acetylcholine modulates the NMDA receptor in vitro studies, and thereby gates which synapses can undergo synaptic plasticity. He was also the first to characterize the electrical and anatomical properties of the cholinergic neurons in the medial septum diagonal band. He carried out a first postdoctoral study as a Fulbright Scholar at the NIH, on the biophysics of ion channels on synaptic vesicles using sub-fractionation methods to isolate synaptic vesicles and patch-clamp recordings to characterize the ion channels. He carried out a second postdoctoral study at the Max Planck Institute, as a Minerva Fellow, where he discovered that individual action potentials propagating back into dendrites also cause pulsed influx of Ca2 into the dendrites and found that sub-threshold activity could also activated a low threshold Ca2 channel. He developed a model to show how different types of electrical activities can divert Ca2 to activate different intracellular targets depending on the speed of Ca2 influx  an insight that helps explain how Ca2 acts as a universal second messenger. His most well known discovery is that of the millisecond watershed to judge the relevance of communication between neurons marked by the back-propagating action potential. This phenomenon is now called Spike Timing Dependent Plasticity (STDP), which many laboratories around the world have subsequently found in multiple brain regions and many theoreticians have incorporated as a learning rule. At the Max-Planck he also started exploring the micro-anatomical and physiological principles of the different neurons of the neocortex and of the mono-synaptic connections that they form - the first step towards a systematic reverse engineering of the neocortical microcircuitry to derive the blue prints of the cortical column in a manner that would allow computer model reconstruction. He received a tenure track position at the Weizmann Institute where he continued the reverse engineering studies and also discovered a number of core principles of the structural and functional organization such as differential signaling onto different neurons, models of dynamic synapses with Misha Tsodyks, the computational functions of dynamic synapses, and how GABAergic neurons map onto interneurons and pyramidal neurons. A major contribution during this period was his discovery of Redistribution of Synaptic Efficacy (RSE), where he showed that co-activation of neurons does not only alter synaptic strength, but also the dynamics of transmission. At the Weizmann, he also found the tabula rasa principle which governs the random structural connectivity between pyramidal neurons and a non-random functional connectivity due to target selection. Markram also developed a novel computation framework with Wolfgang Maass to account for the impact of multiple time constants in neurons and synapses on information processing called liquid computing or high entropy computing. In 2002, he was appointed Full professor at the EPFL where he founded and directed the Brain Mind Institute. During this time Markram continued his reverse engineering approaches and developed a series of new technologies to allow large-scale multi-neuron patch-clamp studies. Markrams lab discovered a novel microcircuit plasticity phenomenon where connections are formed and eliminated in a Darwinian manner as apposed to where synapses are strengthening or weakened as found for LTP. This was the first demonstration that neural circuits are constantly being re-wired and excitation can boost the rate of re-wiring. At the EPFL he also completed the much of the reverse engineering studies on the neocortical microcircuitry, revealing deeper insight into the circuit design and built databases of the blue-print of the cortical column. In 2005 he used these databases to launched the Blue Brain Project. The BBP used IBMs most advanced supercomputers to reconstruct a detailed computer model of the neocortical column composed of 10000 neurons, more than 340 different types of neurons distributed according to a layer-based recipe of composition and interconnected with 30 million synapses (6 different types) according to synaptic mapping recipes. The Blue Brain team built dozens of applications that now allow automated reconstruction, simulation, visualization, analysis and calibration of detailed microcircuits. This Proof of Concept completed, Markrams lab has now set the agenda towards whole brain and molecular modeling. With an in depth understanding of the neocortical microcircuit, Markram set a path to determine how the neocortex changes in Autism. He found hyper-reactivity due to hyper-connectivity in the circuitry and hyper-plasticity due to hyper-NMDA expression. Similar findings in the Amygdala together with behavioral evidence that the animal model of autism expressed hyper-fear led to the novel theory of Autism called the Intense World Syndrome proposed by Henry and Kamila Markram. The Intense World Syndrome claims that the brain of an Autist is hyper-sensitive and hyper-plastic which renders the world painfully intense and the brain overly autonomous. The theory is acquiring rapid recognition and many new studies have extended the findings to other brain regions and to other models of autism. Markram aims to eventually build detailed computer models of brains of mammals to pioneer simulation-based research in the neuroscience which could serve to aggregate, integrate, unify and validate our knowledge of the brain and to use such a facility as a new tool to explore the emergence of intelligence and higher cognitive functions in the brain, and explore hypotheses of diseases as well as treatments.

A Standardized Brain Molecular Atlas: A Resource for Systems Modeling and Simulation

Morphology, physiology and synaptic connectivity of local interneurons in the mouse somatosensory thalamus

The Role of Hub Neurons in Modulating Cortical Dynamics

ARC: An Open Web-Platform for Request/Supply Matching for a Prioritized and Controlled COVID-19 Response

Cortical reliability amid noise and chaos

A Derived Positional Mapping of Inhibitory Subtypes in the Somatosensory Cortex

A Brief History of Simulation Neuroscience

Cellular, Synaptic and Network Effects of Acetylcholine in the Neocortex

A Cell Atlas for the Mouse Brain

Cell Densities in the Mouse Brain: A Systematic Review

Reconstruction and simulation of neocortical microcircuitry

NeuroMorphoVis: a collaborative framework for analysis and visualization of neuronal morphology skeletons reconstructed from microscopy stacks

Modeling the metabolic response of astrocytes to neuronal activity

An algorithm to predict the connectome of neural microcircuits

Anatomy and physiology of the thick-tufted layer 5 pyramidal neuron

The future of human cerebral cartography: a novel approach

Distributor of neurons in a neocortical column

Single-cell RT-PCR, a technique to decipher the electrical, anatomical, and genetic determinants of neuronal diversity

Hyper-emotional neurophysiology in a rat model of autism

General developmental health in the VPA-rat model of autism

Computing the size and number of neuronal clusters in local circuits

One minute with ... Henry Markram

New insights into the classification and nomenclature of cortical GABAergic interneurons