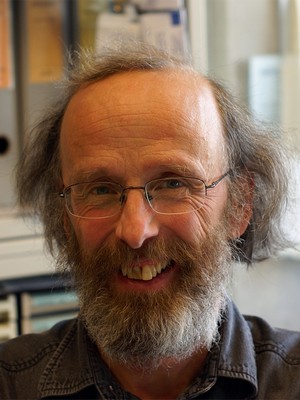 Lothar Helm was born in Gernsbach (Germany) in 1952. He studied physics at the University of Karlsruhe (Germany) and obtained his diploma degree in 1977. He remained in Karlsruhe for his Ph.D. research with Prof. H. G. Hertz and received his degree in physical chemistry in 1980. In 1980 he joined the laboratories of Prof. André Merbach at the University of Lausanne, Switzerland. From 1983 to 2001 he was maître denseignement et de recherche at the Faculty of Science of the University of Lausanne. In 2001 he moved, together with the whole chemistry department, from the University of Lausanne to the Ecole Polytechnique Fédérale de Lausanne (EPFL). Since 2006 he is adjunct professor at the Institute of Chemical Sciences and Engineering at EPFL and director of the NMR services of the institute. From 2007 to 2011 he was director of the "Conférence du corps Enseignant" at EPFL. Since 2011 he is member of the School Assembly of EPFL (AE). MAIN RESEARCH INTERESTS:  Physico-chemical studies of contrast agents for medical magnetic resonance imaging (MRI)  Study of reactivity and reaction mechanisms in coordination chemistry by variable temperature and pressure nuclear magnetic resonance  Computer simulation of solvent dynamics on cations and metal complexes in solution Professional course

The Periodic Table and Kinetics?

The Chemistry of Contrast Agents in Medical Magnetic Resonance Imaging

Speciation of aqueous tellurium(IV) in hydrothermal solutions and vapors, and the role of oxidized tellurium species in Te transport and gold deposition

The challenge of T1 contrast agents for high-magnetic field MRI

Multiple Frequency and Variable Temperature EPR study of Gd(III) polyaminocarboxylates: analysis and comparison of the magnetically dilute powder and the frozen solution spectra

Synthesis, structures and characterisations of truly homoleptic acetonitrile Ln3+ complexes in solid state and in solution

A benzene-core trinuclear GdIII complex: towards the optimization of relaxivity for MRI contrast agent applications at high magnetic field

Towards the Rational Design of MRI Contrast Agents: Electron Spin Relaxation Is Largely Unaffected by the Coordination Geometry of Gadolinium(III)-DOTA-Type Complexes

Physicochemical and MRI characterization of Gd3+-loaded polyamidoamine and hyperbranched dendrimers

Design of Gd(III)-Based Magnetic Resonance Imaging Contrast Agents: Static and Transient Zero-Field Splitting Contributions to the Electronic Relaxation and Their Impact on Relaxivity

Relevance of the Ligand Exchange Rate and Mechanism of fac-[(CO)3M(H2O)3]+ (M = Mn, Tc, Re) Complexes for New Radiopharmaceuticals

Phosphinic derivative of DTPA conjugated to a G5 PAMAM dendrimer: an 17O and 1H relaxation study of its Gd(III) complex

A High-Frequency EPR Study of Frozen Solutions of Gd(III) Complexes: Straightforward Determination of the Zero-Field Splitting Parameters and Simulation of the NMRD Profiles