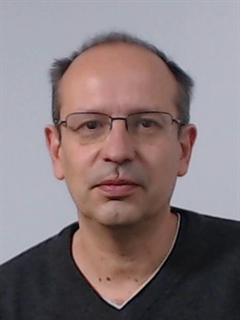 Ph. Michel's main research interest lie in the field of analytic number theory and range over a variety of techniques and methods which include: arithmetic geometry, exponential sums, sieve methods, automorphic forms and allied representations, L-functions and more recently ergodic theory. Ph. Michel is a former student of ENS Cachan and obtained his PhD in Universté Paris XI in 1995 under the guidance of E. Fouvry. From 1995 to 1998 he was maître de conférence at Universté Paris XI and full professor at Université Montpellier II until 2008 then when he joined EPFL. Ph. Michel was awarded the Peccot-Vimont prize, has been member of the Institut Universitaire de France and wa invited speaker at the 2006 International Congress of Mathematician.

This year's topic is "Adelic Number Theory" or how the language of adeles and ideles and harmonic analysis on the corresponding spaces can be used to revisit classical questions in algebraic number theory.
close