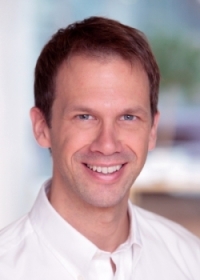 Matthias Grossglauser is a Professor of Computer and Communication Sciences at EPFL in Lausanne, Switzerland, where he co-directs the Information and Network Dynamics lab. His current research interests center on machine learning and data analytics, and on applications of these technologies in network science, computational social sciences, and recommender systems.

He is currently a commissioner of the Swiss Federal Communications Commission ComCom. He was the director of EPFL's Doctoral School in Computer and Communication Sciences (2016-2019). From 2007-2010, he was with the Nokia Research Center (NRC) in Helsinki, Finland, leading the Internet Laboratory, a research organization comprising seven teams in security, networking, social media, and user experience. He was also in charge of a tech-transfer program focused on applied data mining and machine learning, and served on Nokia's CEO Technology Council, a team of technology experts advising the Nokia CEO. Prior to this, he was Assistant Professor at EPFL, and Principal Research Scientist in the Networking and Distributed Systems Laboratory at AT&T Research (Shannon Labs) in New Jersey, USA.

He is a Fellow of the IEEE, and the recipient of the 1998 Cor Baayen Award from the European Research Consortium for Informatics and Mathematics (ERCIM) and of the 2006 CoNEXT/SIGCOMM Rising Star Award. He was associate editor of the IEEE/ACM Transactions on Networking (2001-2003).

Internet analytics is the collection, modeling, and analysis of user data in large-scale online services, such as social networking, e-commerce, search, and advertisement. This class explores a number of the key functions of such online services that have become ubiquitous over the past decade.
close